Executive Summary: Last week, TSplus’ Development Team announced the fresh release of a brand-new 11.40 version, which focuses on consolidating the security of remote access connections. As part of the enhancements, the TSplus 11.40 release embeds a trial version of its security add-on RDS-Knight. The protective agent has recently been upgraded with a 2.0 version that turns it into a powerful tracking tool. 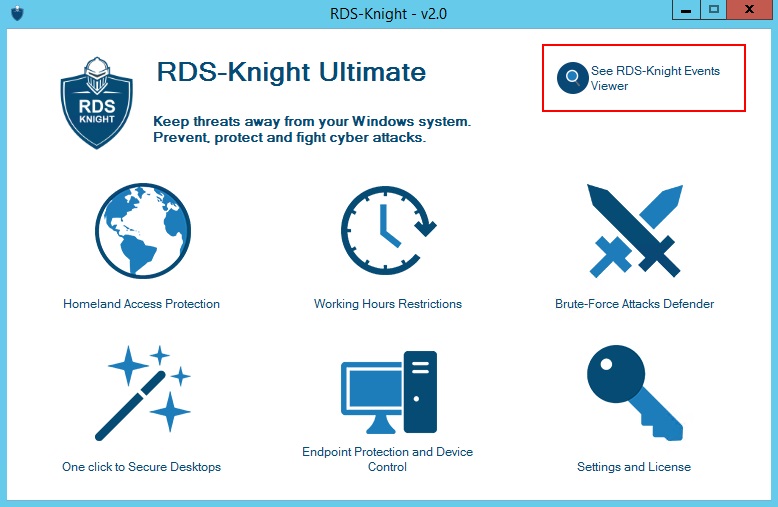 Risks are high while connecting to a Remote Desktop server. Users can face frontal brute force attacks, malware, credential hacking, among others dangers. To prevent any critical incident, TSplus has developed RDS-Knight add-on: a strong technological vigilante which acts both as a shield and a weapon to protect RDS Servers…

RDS-Knight offers up to five great protective measures to lock down servers and remote sessions:

The new 2.0 version of RDS-Knight, released on July, the 25th,  is enhancing these features. The complete integration of the Brute-Force Attacks Defender enables monitoring of log on failures even on an HTML5 Remote Client (such as TSplus).

Plus, it adds a new protection for the Administrators: it is now possible to white list any user’s domain name along the user himself when setting up security rules.

The biggest innovation, however, marks a significant turning point in RDS-Knight’s development: it truly reveals all the power of this solution to keep TSplus’ use completely safe.

RDS-Knight quickly shields RDS Servers against external attacks and internal attempts to steal data. To do that, it provides Administrators with the keys to activate restrictive rules in just a few clicks.

It’s the easy and efficient security tool to change the lives of RDS Administrators. Only until now, the power of RDS-Knight has been partially visible, acting as a “silent” vigilant. The 2.0 Release turns it into a real tracking tool, showing RDS-Knight’s defensive jobs in real time.

That means, that every event and action taken to secure TSplus sessions is now referenced in the “see RDS-Knight Events Viewer” section, accessible from the main dashboard.

With this powerful new feature, Administrators have a means to detect points of weakness and identify the malicious people involved. Based on this information, they can implement a sustainable strategy for increasing security on RDS servers with TSplus.

This is a MAJOR release and it is highly recommended to apply the update file directly from the application.

To test and download RDS-Knight, use the free Trial version.