Using this feature, you will be able to manage a load balanced environment.

It means that the load of all your users will be distributed between your servers. The workload will be shared between all the servers of your farm.

Load Balancing enables to use an unlimited number of servers with load balancing, and is available with the TSPLUS ENTERPRISE edition (one valid license per server). This very powerful and advanced capability is to be used when a large number of users/servers has to be deployed.

Warning : Load Balancing is not compatible with the Gateway Feature (allowing you to assign servers to users/groups, see this documentation for more information.) 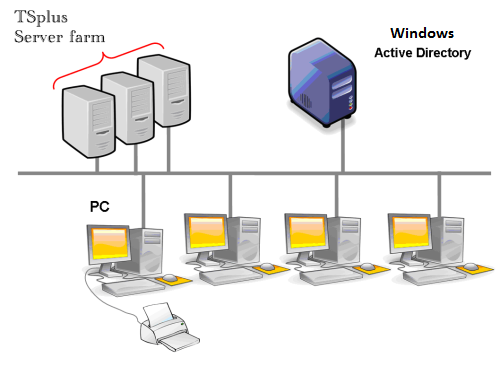 Usually we recommend using one server for 50 concurrent users. For standard commercial application written in VB, C, C++, Delphi or Uniface you can go up to 100 concurrent users especially if you decide to use XP 64-bit which, according to our experience, tops most operating systems delivered by Microsoft. XP or Windows 7 are much more stable operating systems. For W7, we recommend to use the 64-bit version.

There are three ways to connect to a Load Balanced cluster:

The Load Balancing Manager can be found under the Farm Tab of the AdminTool: 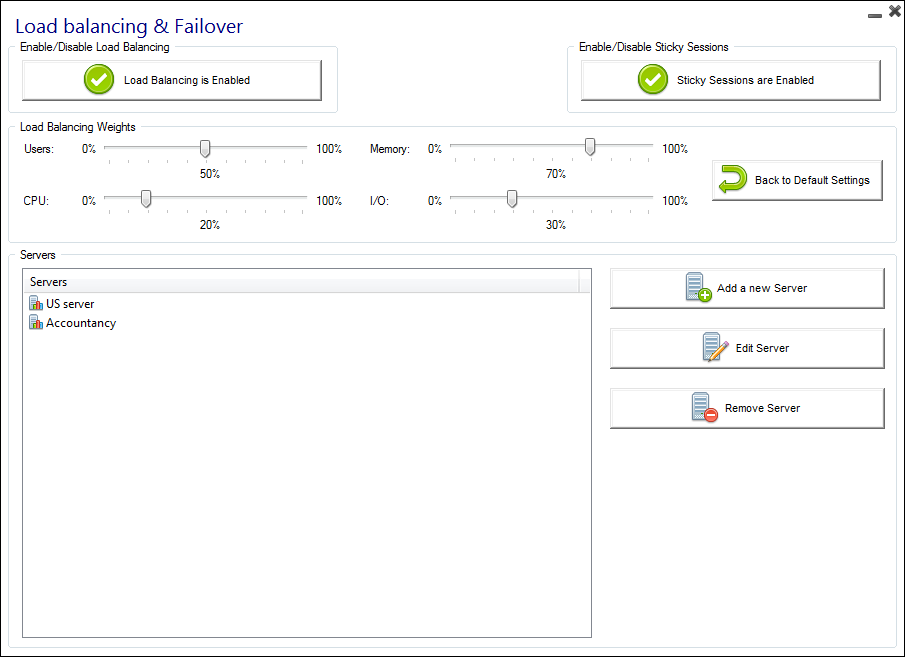 On top of the Load Balancing window, you will see a big button:

Here is the button when the Load Balancing is Disabled. A click on it will activate it and disable the Users/Servers Assignment.

Here is the button when the Load Balancing is Enabled. A click on it will deactivate it and enable the Users/Servers Assignment.

How does Load Balancing choose a server?

When Load Balancing is enabled, the user will be sent to the less loaded server at the time of his connection.

Configuring the Computation of Servers' Loads

To determinate which is the less loaded server, the load of every server is computed using a weighted average between several performance indicators:

You can modify the weight (importance) of these indicators by using the following sliders:

Using these sliders, you will be able to fine-tune the Load Balancing, and to optimize it to your own needs. For instance if your users launch a business application with big memory requirements, it might be a good idea to increase the impact of the RAM in the load computation using the “Memory” slider.

You can also reset these values by clicking on the “Back to Default Settings” button.

How is Server's Load computed?

The load of each server is computed when needed in order to decide on which server the user must be sent.

For this computation, we use a weighted average between 4 hardware metrics.

The 4 sliders allow you to give more (or less) weight on each of these metrics, which are:

For example, if you put the “Memory” slider on its right side and all the other sliders on their left side, the load of each servers will be computed using almost only the percentage of used memory – and your users will be sent to the server having the most available memory.

Moreover, the load of a given server depends on the ratio [ used resources / total resources ] ; so if a server A is twice as powerful as a server B, twice more users should be sent to server A than to server B (all other things being equals).

To add a new server, simply click on the “Add a new Server” button. The following window will be displayed: 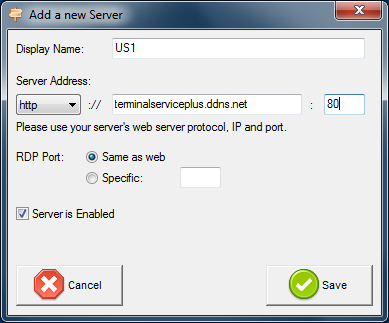 To modify an existing server, simply click on the “Edit” button of the server you want to update. The following window will be displayed:

The progress bar shows the current load of the server. It also confirms you that the server is well configured and can be contacted by the Gateway.

This is the default case if you just installed Terminal Service Plus. In this case, if you want to generate a Connection Client to connect to a given Application server, then: 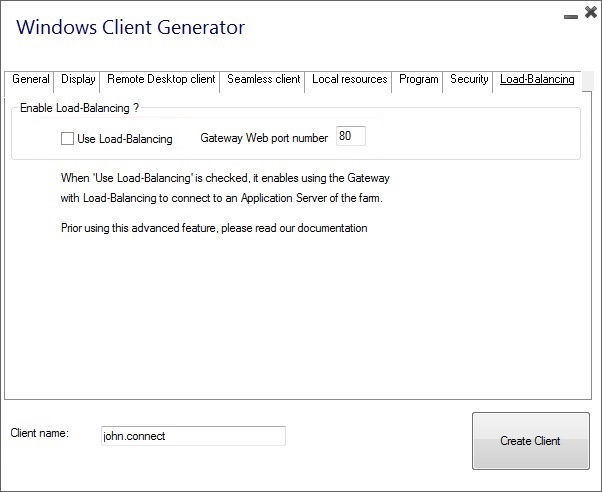 However, if you want to generate a Connection Client to connect to the less loaded server and use Load Balancing, then: 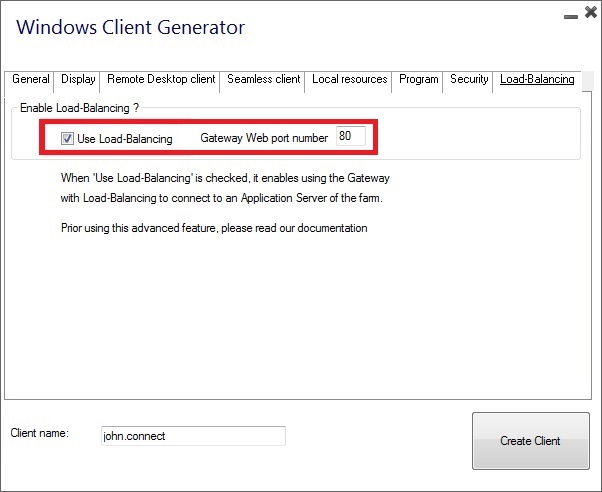 Activating the Load Balancing for a Gateway Portal access 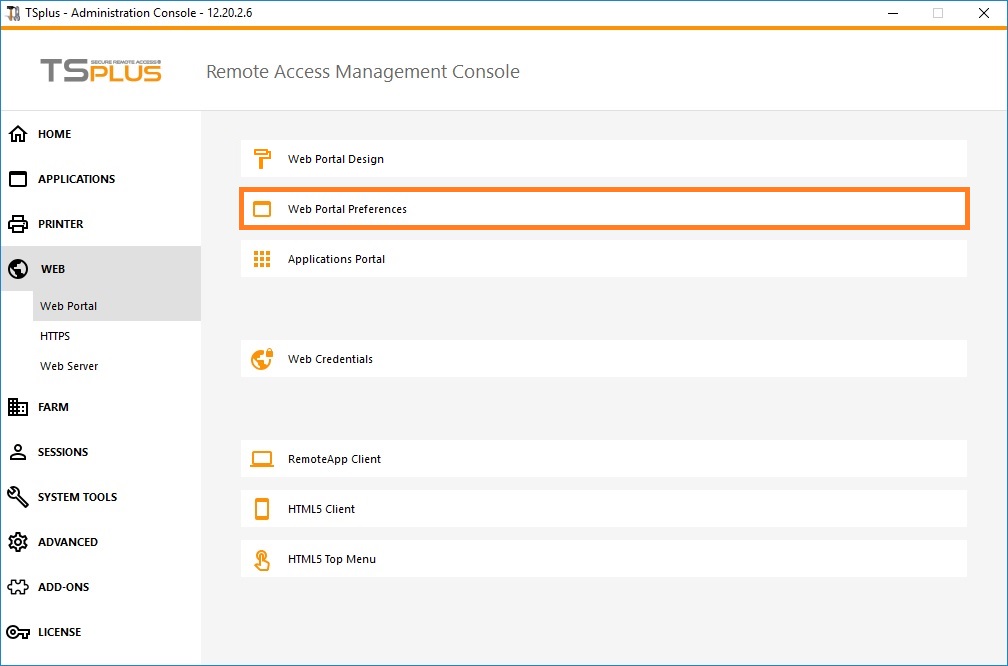 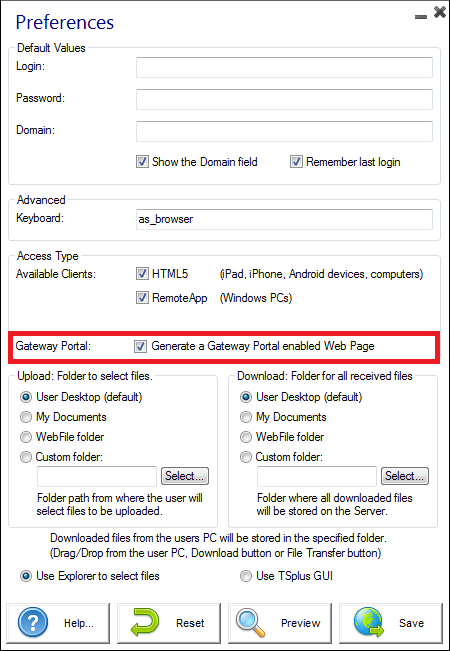 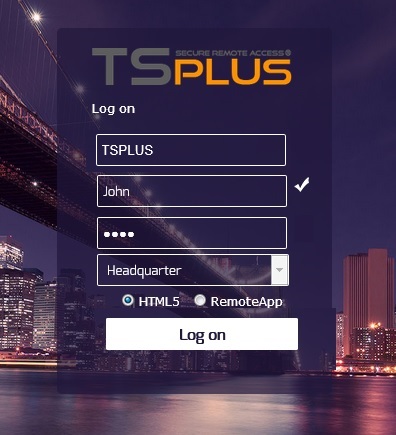 Regardless of your connection method, you will always be able to activate the sticky session feature by clicking on the right button of the Load balancing window:

It will allow you to reconnect to a disconnected session instead of opening a new session on a different server. For more details visit our TSplus Documentation details!